Welcome to part one of our series on snare drum maintenance. In this series we’ll be discussing the common maintenance and upkeep that should be done to care for concert and drum set snares.

We’ll begin by discussing one of the most frequently overlooked aspects of snare drums: the snare wires. Much like drum heads, snare wires have a significant influence on the sound and performance of a drum, but unfortunately, they are often neglected.

How do you know when wires are worn and need replaced? There are two easy ways to spot a bad set of snare wires.

First, look for damage, including broken or warped strands. Individual strands that are not straight have more room to move and will vibrate longer than desired. The wires of this snare are warped, and caused excessive buzz. 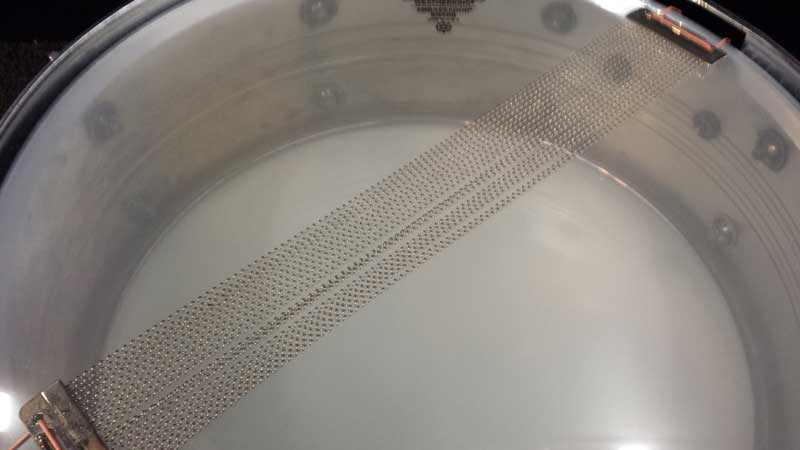 Compare that with the wires of this snare, which are straight and undamaged. 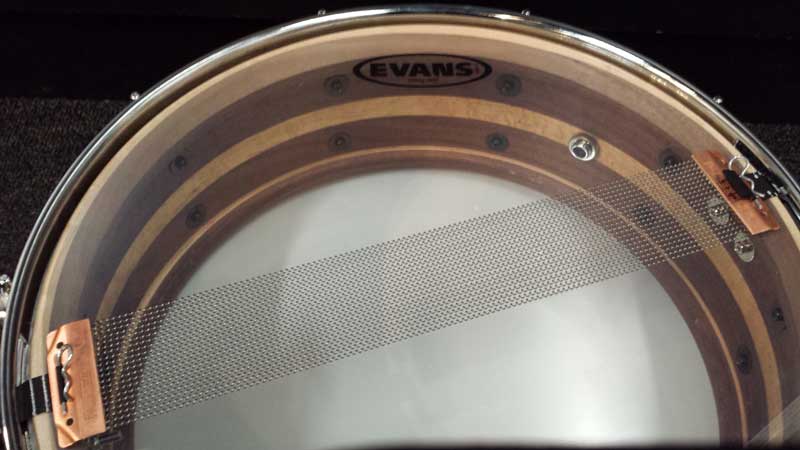 If you have one or two strands that are warped you can easily remove them with a pair of pliers. If more than two strands are damaged it is probably time to replace the wires.

Second, listen for excessive buzz and sympathetic vibration. If your snares ring too much look for damaged and worn wires.

Fortunately, there are many choices for replacement snare wires. We will cover some of our favorite options, how to choose appropriate wires, and how to set up snare wires in an upcoming feature.

Ten Chances To See Great Music and Drummers in Indianapolis 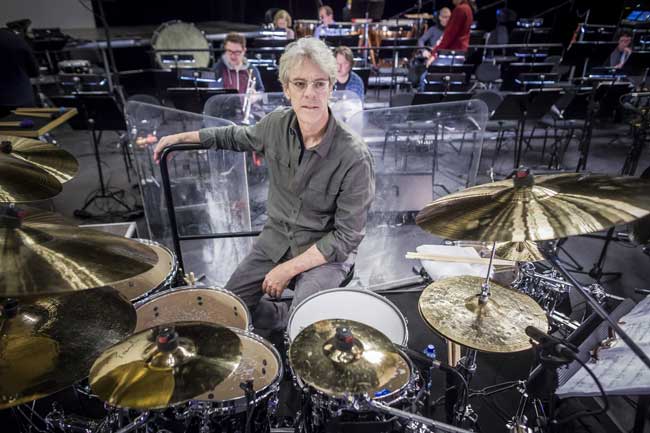 Gov’t Mule will celebrate the 20th anniversary of their eponymous, debut release with guitarist John Scofield on February 28th at The Egyptian Room at the Murat Theatre. Drummer Matt Abts

Although often associated with depressing commercials for animal rights organizations, there’s much more to McLachlan. The Canadian pop singer and Lilith Fair cofounder will revisit many of her hits when she visits the Murat Theatre on March 10th. She will be backed by veteran session drummer Kurt Bisquera.

Our good friend, and Indianapolis Jazz Foundation Hall of Famer, Gene Markiewicz will appear with the Farrelly Markiewicz Quartet at the Jazz Kitchen on March 14th to pay tribute to Michael Brecker.

The well-known drummer for The Police will visit Indianapolis with pianist Jon Kimura to perform chamber music. Their program will include Copeland’s original compositions and Parker’s adaptation of Stravinsky’s “The Rite of Spring”.

Legendary saxophonist Wayne Shorter will appear in Carmel with his quarter on March 21st. He will be backed by Brian Blade, a versatile jazz drummer who has worked with artists as diverse as Chick Corea, Bob Dylan, Joni Mitchell, Joshua Redman, and Norah Jones.

6. Primus and The Chocolate Factory, April 12th, The Murat Theatre.

Primus will return to Indianapolis on April 12th to perform their rendition of the soundtrack to “Charlie and The Chocolate Factory” with backing from The Fungi Ensemble. Joining them will be original Primus drummer Tim “Herb” Alexander, who recently survived a heart attack.

Legendary jazz drummer Billy Cobham is remembered as the first drummer of Mahavishnu Orchestra and for his extensive solo career. When he performs at the Jazz Kitchen on April 17th he will celebrate the 40th anniversary of Spectrum, his classic solo album.

When jazz legends Herbie Hancock and Chick Corea visit Carmel on April 18th neither will play drums or percussion, but that’s no reason to miss them. Both debuted with Miles Davis in the late 1960s and early 1970s and have remained at the forefront of music ever since.

Since joining Wilco before their 2002 release Yankee Hotel Foxtrot, Glenn Kotche has become an integral part of the Chicago based band. Part drummer, part percussionist, Kotche’s creativity is unparalleled.

Funkadelic, Rock and Roll Hall of Famer George Clinton’s band, will visit Indianapolis to promote their 2014 release First Ya Gotta Shake The Gate. Expect all the psychedelic funkiness you can handle. The show is 21+ only.

About the Author
Glen Allman works part-time at Chops Percussion, mostly on Saturdays. He also builds and restores drums. You can learn more about Allman Drums at www.allmandrums.com.

If you aren’t signed up for our Chop Transmission emails, you may be missing out on the most update happenings around the store.  Below is the February edition of the transmission.  If you don’t receive our emails, you can sign up here!

Our demo gear page has a fresh update. Some new items added are the Indiana Pacers drums, marimbas used by Legacy Indoor, and Zildjian cymbals from the Midwest B&O Clinic.. Remember, first-come, first-served! 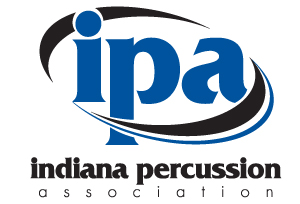 Indoor Percussion season is underway and we’re proud to once again be the Presenting Sponsor for the Indiana Percussion Association. There are plenty of chances left to check out an IPA show this season. Check out the full schedule to find a show near you.

Good luck to all of the participants this year from all of us at Chops!

Now’s a good time to take stock of the cables you use and make sure they’re all in good working order. If you need new cables or would just like to have extra cables for backup, let us know. We always have a good variety of Planet Waves cables in stock. Give us a call to see what’s currently here and we’ll get them out to you ASAP! 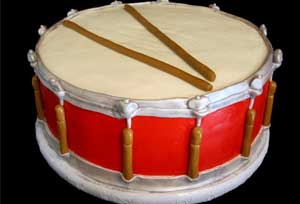 Do you have a birthday in February. Follow this link to see which famous drummers share your birthday month.

Have you ever gone to bed at night after your indoor percussion rehearsal and had an incessant ringing in your ears? If you have, that is your body telling you that you’ve done some damage to your hearing. Please know that hearing loss is irreversible, so you need to start protecting your ears NOW! How, you ask? There are a couple of great ways to do so.

A gym is a very tough listening environment for percussionists, so hearing protection not only safeguards your hearing, but it may allow you to hear more of what you need (the music that you and your group perform) and less of what you don’t (the unwanted high frequencies associated with loud music).

You can buy your earplugs here: https://www.chopspercussion.com/run?id=8
Feel free to e-mail us at chops@chopspercussion.com or call 877-900-DRUM if you have more specific questions regarding hearing protection.

You only get one good set of ears in your life, so take care of them!!!

How Do I Order Supplies And Have Them Delivered To My School? – FAQs

Another frequently asked question is – How do I order supplies and have them sent to my school?

We have 2 options and neither one requires you to visit our store.

1. Call the store at 1-877-900-DRUM (3786). Jeff or Derek will take your order, ask for your school, student name, and payment information. Then the order will be delivered by the Paige’s Music District Managers on their next weekly visit to your school.

2. Order online. Browse our online store and add your items to your cart. Our website uses SSL (secure sockets layer) encryption to allow you to shop our site with confidence. And, we go through a site vulnerability scan several times a year which is verified by SecurityMetrics.

Note: If you have a rental instrument from Paige’s Music , please use the username and password that was automatically generated for you by our system. We provided those credentials to you in a letter just after you recieved your instrument. If you have discarded or misplaced that information, please call us at 1-800-382-1099 and we’ll help you get signed in.

If you didn’t rent an instrument from Paige’s Music or Chops Percussion, go ahead and sign up for a new account.

During checkout make sure to choose "Delivery to Account School – Free" to make sure our District Manager will deliver your order for no charge. 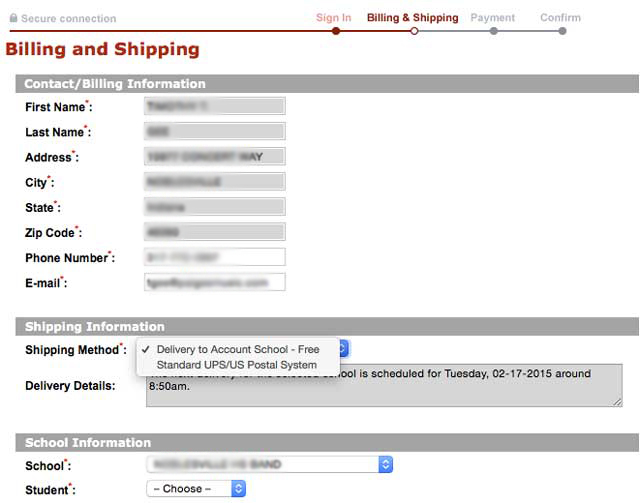 Next, enter your payment details. 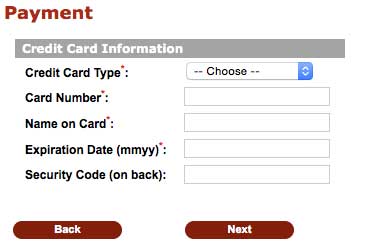 Finally, review your order. Note that the next delivery day for your student’s school will be noted under "Shipping Information." 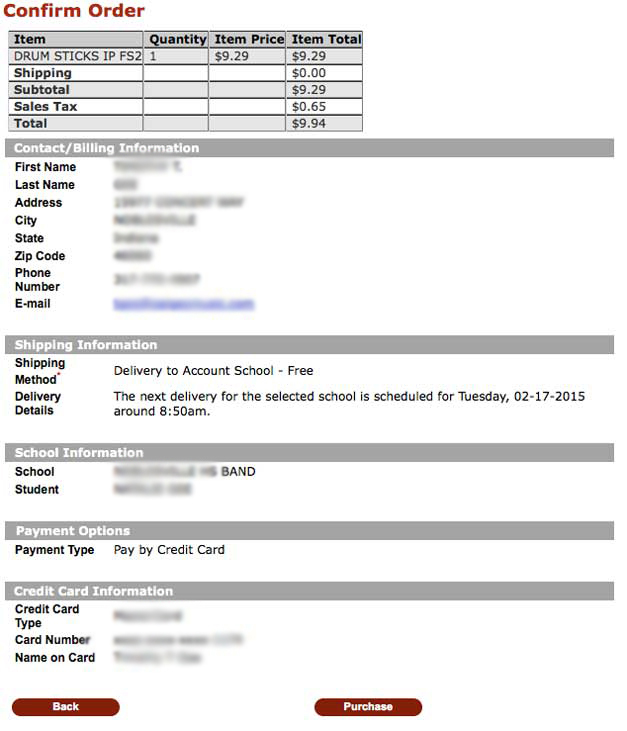