2018 Music For All National Festival

There’s a fantastic opportunity to hear some great concert bands and percussion ensembles from all over the country next week, but we find many people don’t even know its happening right here in our backyard!  It’s the Music for All National Festival, featuring high school percussion ensembles, concert bands and orchestras from across the US.  The festival also includes a middle school concert band festival, along with Honor Ensembles for concert band, jazz band, and orchestra.  This is a non-competitive festival, meaning its all about just creating and listening to great music, created by some of the best high school and middle school music programs in the nation.

Here’s a general schedule for the event: 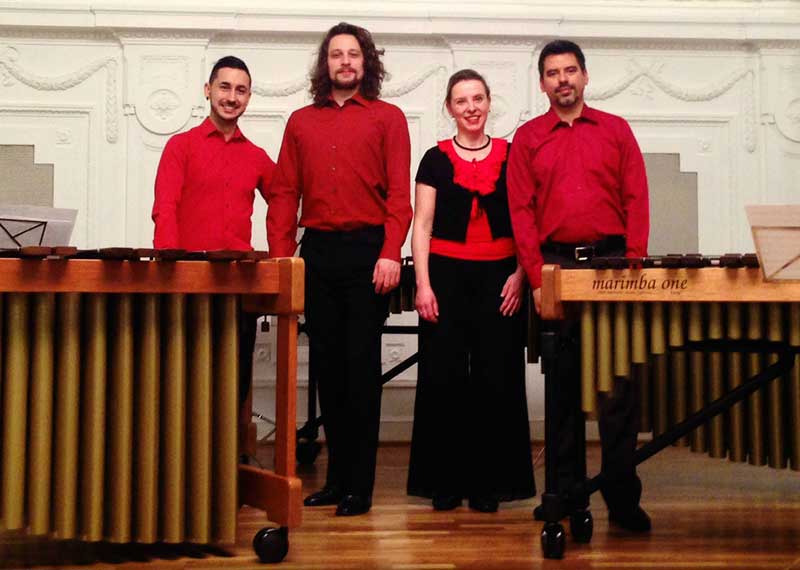 International marimba virtuoso Katarzyna Mycka will present a master class next Tuesday, November 8th at 7pm in the Lawrence Central Auditorium. The master class will be followed by a concert of her marimba quartet from 8-9pm. Admission is for both events is $10 at the door.

Critics have given the internationally renowned marimba virtuoso and chamber musician Katarzyna Mycka the sobriquet “she who dances with the mallets”: “the greatest fluidity”, “perfect mallet technique,” and a “marvelous, rhythmic precision” are characteristic for the musician, who is able to simultaneously produce up to six tones on her concert marimba with the sixty narrow wooden bars and resonance pipes.

After receiving training in piano and drums, the artist born in 1972 discovered the marimba as her “ideal medium for musical expression” while studying at music academies in Gdansk, Stuttgart, and Salzburg. Numerous prizes and awards at international music competitions then followed: in 1995, first prize and audience prize at the International Percussion Competition Luxembourg for Marimba Solo, one year later first place at the First World Marimba Competition Stuttgart. Then followed stipends and invitations to master courses in the United States, Asia, and various European countries, through which the young musician soon developed a network in the music scene.

We still have some remaining items on our Veritas 2022 Demo Sale list! Check out this weeks blog for more details a… https://t.co/X6UqnvMtw1

With many indoor percussion seasons now at an end, it is the perfect time to check over all your marching percussio… https://t.co/d7NArAP6Ed

Keeping your gear safe and clean is imperative to a lifetime worth of use. One of the most useful products for this… https://t.co/r48uD6d4Lq

This week's blog covers the differences between brushes and some recommendations for general use, concert music, an… https://t.co/7YPVczisMH

Check out our clearance list for items that might fit your musical needs, but at a great price! https://t.co/vnqeyV8uqo