Over the weekend of November 9-11, marching bands from across the nation gathered at Lucas Oil Stadium for the culmination of marching season in the Bands of America Grand National Championships. 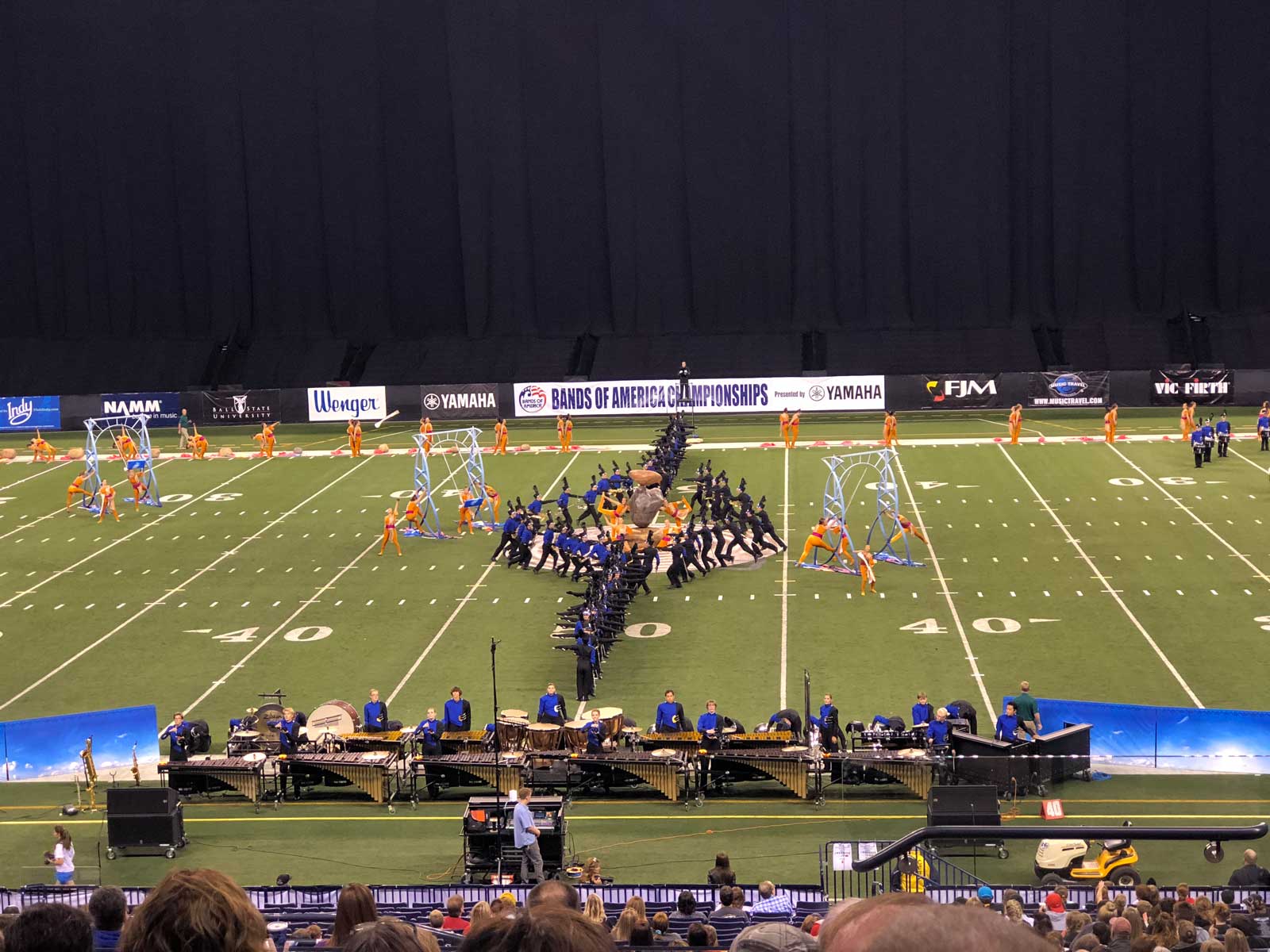 On Wednesday evening the competition began with the Indianapolis Marching Band Tournament. The following schools from across the city participated, along with a couple from Hawaii in exhibition:

The championship competition began on Thursday morning and continued through Saturday evening. Indiana was well represented with the following schools participating, in order of Prelims performance: 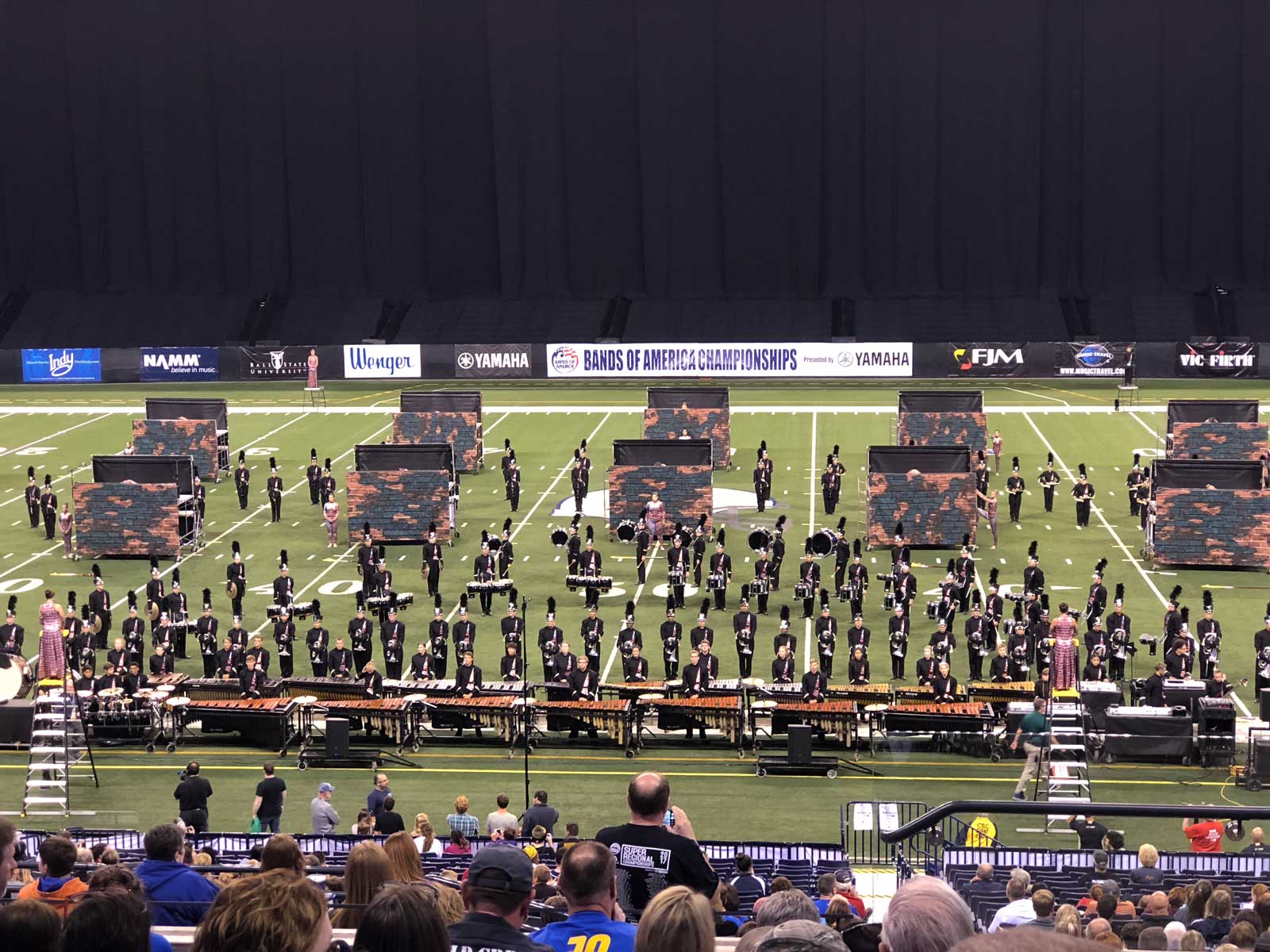 We’d like to congratulate all the schools that participated. We enjoyed your performances and look forward to seeing you again next year! Enjoy some well-deserved time off!